Every year in this colossal, cobbled square, hundreds of astronomy enthusiasts and stargazers meet in January to share in their passions for the universe, exchange new telescope technologies, and revel in one of the most breathtakingly ancient views of the distant heavens. Once also a sacred court for native indigenous communities to gather and study the stars, Villa de Leyva’s Plaza Mayor has been a mutual observatory since the Pre-Columbian days. And apart from its splendid stage below a magnificent dark–sky preserve, the mountain–valley vista has been seemingly enough to lure life here for more than a million years. 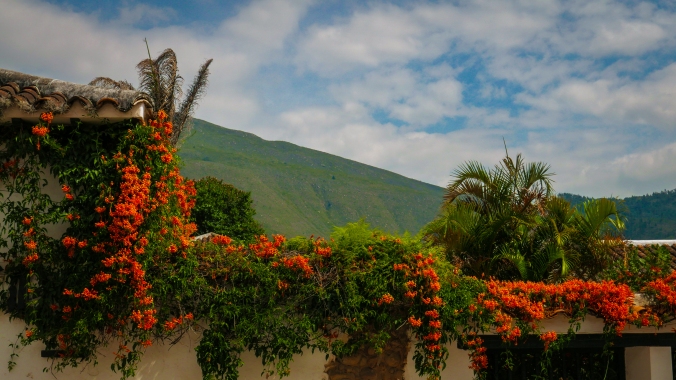 Villa de Leyva bears a striking resemblance and climate to that of Andalusia, Spain – also sharing in that romantic atmosphere. It has avoided commercial development and assumes a beautiful mantle of colonial preservation not unlike the dreamy, quixotic villages of literature. And between its robust history, culture, and climate, the little Eden never bores. At very little cost, one can wander the desert hills on horseback, little bushels of purple and pink everywhere you gaze. Others will hike and swim the glistening Pozos Azules lakes, study the revolutionary days of Simon Bolivar’s fight for Colombian Independence, listen to the classical serenade of local guitar masters in the center square, and so much more. 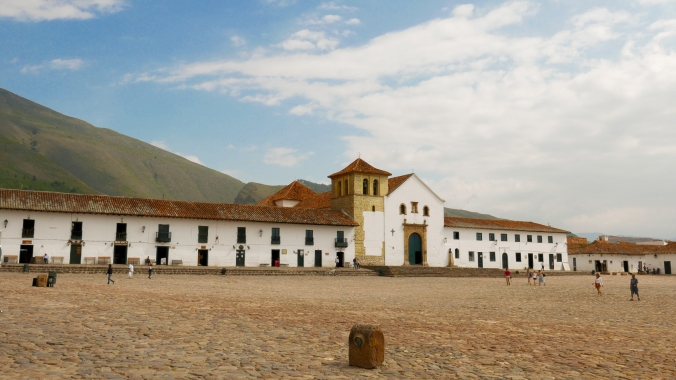 Well over a hundred million years ago, this region was known to have been underwater, not yet emerged from the ocean – and so beneath the arid land Paleontologists have uncovered a wealth of fossils from oceanic dinosaurs. A nearly whole skeletal fossil remains of the Kronosaurus, a gigantic, carnivorous beast weighing over 11,000 kilograms – The only other area known to belong to such a specimen is Australia. And outside the museum, there extends the Centro de Investigaciones Paleontologicas (CIP) a path of incredible history and fossil collections. Lovers of ancient history could spend days upon days scouring amongst the bones and the tales.

Beyond its fascination for Paleontology, Villa de Leyva is also an exciting center of revolutionary history, being the home of Bolivar’s captain, Antonio Ricuarte – a war hero whose childhood home is now the town’s military museum. Many more advocates for Colombian Independence have lived here since, including Antonia Nariño who spent his dying days here in beautiful Villa de Leyva. Beneath the terracotta colored rooftops and beyond the brilliant, white-shine walls, Colombia’s national pride is evidently palpable – sung also in the Spanish love songs of the evening courtyards. 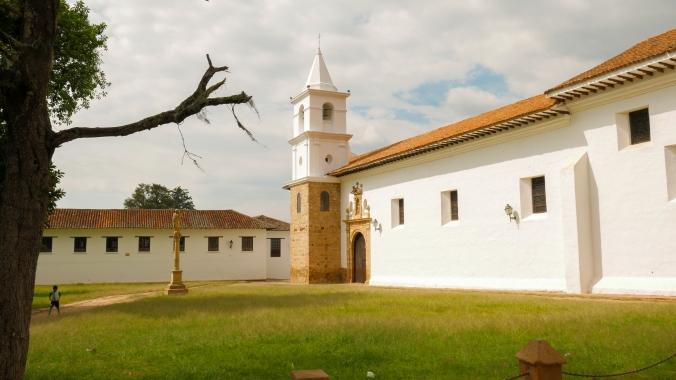 Truly the most magical essence of Villa de Leyva is in walking its fabled streets. It is, after all, one of the most well preserved colonial towns in all of South America and perhaps the most picturesque of Colombian villages. At only a few hours drive from the nation’s capital, Bogotá, it is certainly within easy reach for locals, vacationers, and travelers alike. The stars have shone down here for millions of years, over prehistoric sea life, indigenous Muisca peoples, the Spanish Conquest, and the New Kingdom of Granada. Founded in June of 1572, Villa de Leyva has been a cradle of the human spirit hosting jubilees and celebrations ever since – from the Gastronomical Festival in Autumn, the Water and the Tree Festivals – to the Onion Beauty Pageant, Kite-flying and Jazz Festivals of the summer. The pride of Colombia is sung here perhaps most poignantly. To walk through Villa de Leyva is to stroll through more than a million years of magic and wonder – more than a million years of tales and so forth into ancient astrology, paleontology, revolution and Spanish love songs.